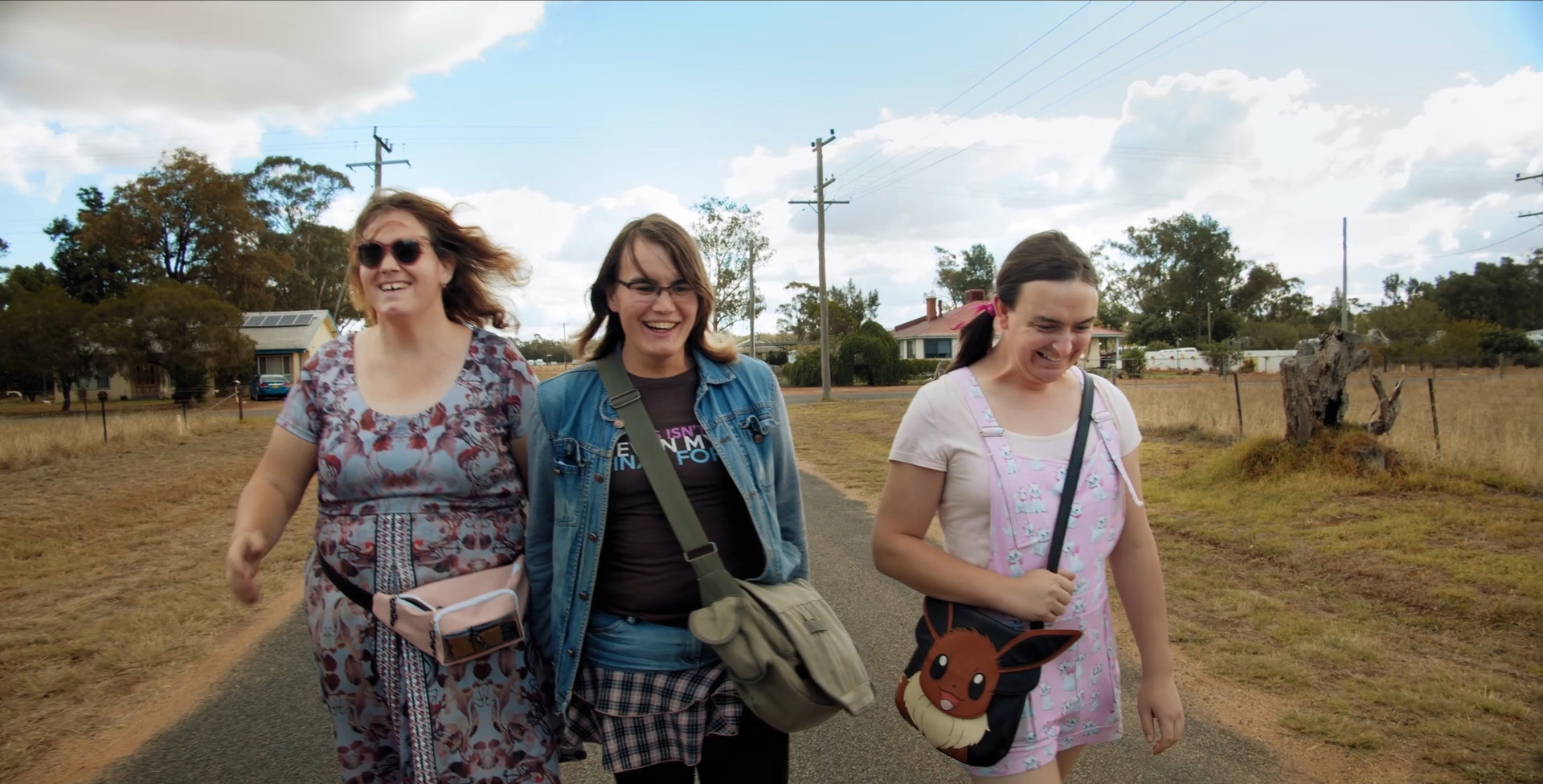 When transgender women begin the process of feminising their voices, they often repeat and record a phonetic passage of text known as the "rainbow passage". We first meet characters Cadance and Amanda doing just that. Cady, a country girl, met Amanda, a city girl, and a year later they found themselves living together in rural Bathurst, raising a family of Pokemon and preparing themselves for the next stage in their gender affirmation journey together; voice surgery in Korea.

Their bestie Hannah lives in the tiny outback town of Trundle - population: 400 (excluding sheep). When larger than life Hannah came out as trans in her home town, she did so with a take-no-shit attitude, expecting a fight with the dusty townspeople. Except... "it didn't happen. Everyone was pretty cool about it, even if they kept calling me John".

Together, these three freshly minted country girls share their experience with each other - and the audience. Sometimes funny and a bit awkward but always heartwarming, The Rainbow Passage is a tale about becoming the women of their dreams, and about finding love and sisterhood in rural Australia.

A co-production between Network Ten and Screen Australia and commissioned as part of the Out Here Initiative, which seeks to promote emerging LGTBQIA+ filmmakers in rural areas.

The Rainbow Passage was an opportunity to explore some of the love and loveliness in gender affirmation. A lot is said about the struggles of being trans. Gender dysphoria can be a real pyramid of shit; it’s not an easy dragon to tame. But it has a beautiful diametric, too - euphoria. The state of simply… being, of loving yourself and others. That’s what we wanted to explore with our film.

We set out to make something intimate, avoiding trans archetypes. We wanted our audience to feel as though they were reading our diaries, watching Facebook videos for our friends, connecting with us unfiltered and silly and authentic. It’s a lovely, unashamed and positive story about being trans in the bush - warts and cuddles and all.

At the root of all social evolution is story. It is imperative then that transgender people share every flavour of their experience. The Out Here initiative, with the support of Network Ten and Screen Australia, has allowed us to do exactly that, and we’re so very excited to bring ours to audiences with The Rainbow Passage.